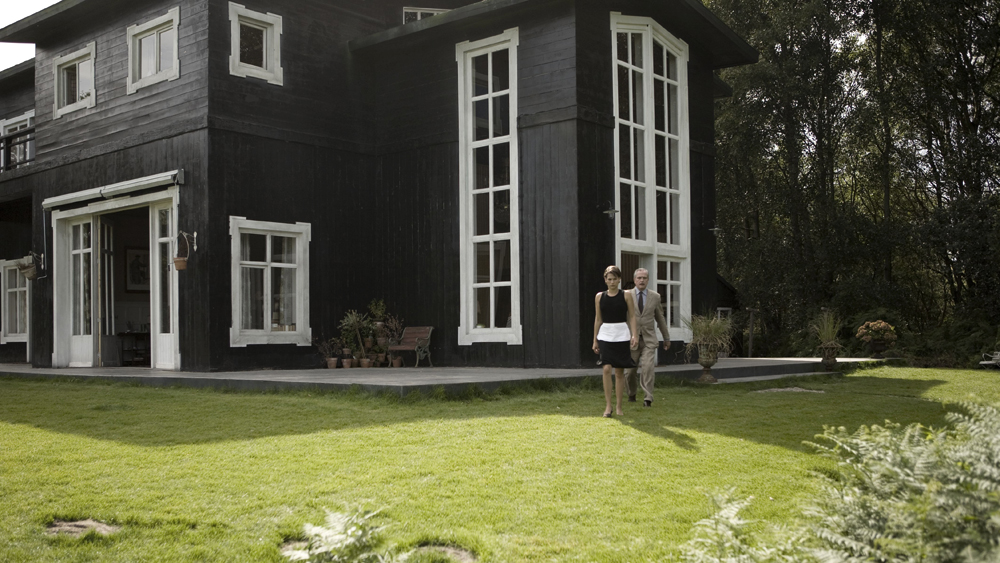 Besides your work as an architect, you also make films – often very funny films – in which the buildings of Studio MK27 take center stage. Do you see yourself as a filmmaker as well as an architect, or do you make your films only in the service of your architectural output?

When I was in architecture school, in the 70s, I made 12 Super-8 films and one professional short based on the flap of the book Gone With The Wind, since I didn’t have enough money to make a full version. The first super-8s had a great influence from American underground cinema and a little bit of Ingmar Bergman, who was my idol during my adolescence. None were related to architecture and the last ones had a fair dose of humor. They were all very successful, which made me continue my work as a filmmaker and, in 1988, I had my dream come true with the making of a feature movie Fire and Passion in tandem with my life as an architect. The result was disastrous, the movie was very bad, and I lost all my money and, obviously, all of my architecture clients. I gave up on movies and focused on my architectural life. In 2012 we were invited to represent Brazil in the Venice Biennale and I decided to go back to filming with the video-installation Peep, overcoming the trauma that remained a part of me for 25 years. Since then, me, my son Gabriel (also an architect), Pedro Kok (a super architecture photographer) and Lea Van Steen (commercials director) have joined together to make numerous short movies. This time as a way of telling a story about some of our architecture projects and I am, obviously, loving it.

In one of your films, Casa Redux, the male protagonist tells in a Werner Herzog-like voice-over about the battle he fought with his wife about the design of their new house (designed by your studio). He wanted a classically designed house, with kitschy tympana and columns, his wife wanted a “cold”, modern style. She eventually won the battle and chose your studio to design the house. Do you think your modern style will look just as dated in a couple of hundred years from now, or do you believe 20th and 21h century architectural styles are more future-proof?

Only as a curiosity, the voice-over of that movie was done by a Hollywood actor, Stephane Cornicard, and it was so good that we could never do a Portuguese version – everything was always worse. I believe that “future-proof” doesn’t exist and perhaps this is not a demand for a good project. Looking at movies, all of them end up representing a certain era and the same happens with fashion, art, literature and architecture as well. I like this identification with a time. When I visitBrasilia, I feel as if I am back in the sixties and I love this feeling. It is all done in a masterful manner.

Your cinematic approach is stylized and distant. We, as viewers, are not guided through the buildings as visitors would be. This approach emphasizes textures and atmospheres in separate rooms, but does not emphasize the relationships between spaces. Can you explain your visual approach to these films, and the relationship this approach has to your architectural approach?

I have no purpose of being explicit. I merely want to tell a story with a scenario which, by coincidence, is a project of Studio MK27.

Your films are often very funny. Sometimes the houses (and indirectly also their rich inhabitants) are even mocked. What is your purpose behind these provocations? Is there a rebel inside of you?

I cannot untangle myself from a phantom: Jacques Tati – that explains everything.

What do your clients think of your films? Do they understand the humor?

Do your clients have any say in the form and content of your films? Do they ever protest the way you convey their lifestyles? If they would protest, what would you do?

The movie “This is not my dream” and “Modern living” is fictitious and I hope the clients understand this.

In Modern Living you seem to mock modern industrialized society, while your architectural style seems to celebrate the modernist aesthetic. This ironic attitude towards your own work is reminiscent of Rem Koolhaas. He also made (or helped make) ironic promo films of his works, and he also started out as a filmmaker. Do you feel a connection with him?

I like Koolhaas very much and have certain empathy towards him. He is one of the few thinkers about what is happening around him with an urban vision. I found his work as the curator of the Venice Biennial excellent and I truly enjoyed his movie Houselife about the “Maison à Bordeaux” directed by Ila Bêka & Louise Lemoine – marvellous!

Is there an inherent link between architecture and film? How would you describe this link?

I am quite cinematographic during the first moments of a project: I always create a character that has much to do with the client and myself and who will live in the space in question. He has a life story, sometimes a man and sometimes a woman or perhaps some kind of mixture of both. He constantly walks around the project. He feels the proportions, lowers the height of the ceiling, pushes walls, looks through the window or simply removes a window from that place. He doesn’t like doors. He goes up and down the stairs and experiments with numerous alternatives. He hasn’t yet decided if the stairs will be straight-run or spiral. He goes to the garden which as of yet does not exist, looks at the façade and decides to modify everything again. He plants a beautiful tree. It’s nighttime, two moons and some shooting stars can be seen crossing the royal blue sky. Four midget violinists are playing a sad Romanian song, sitting on the stones that will be the surface of the wall that borders the as yet, non- existent garden. A beautiful, very beautiful and elegant young lady stops, stares at nothing and continues to walk I don’t know where. At the end, the character is reasonably content with what he created and falls asleep on an enormous bed which he pushes slightly to the right.

Modern Living is inspired by “Neues Wohnen”, part of a series of Bauhaus films made in the twenties. One of the Bauhaus ideals was to make sure well-designed houses were accessible to everyone. That ideal contrasts starkly to your architectural work, which is primarily intended for very wealthy people. Would you ever want to design a housing project for the poor?

Firstly, not all of our projects are for rich people. We love doing any type of work and as Oscar Niemeyer said: “There are only two types of architecture: good and bad.” When I saw this movie, at a Bauhaus exhibit, I was shocked with its naivety, trying even to explain what a built-in closet was or any other element already deeply incorporated in our vocabulary – this fascinated me.

But if you were asked to design a housing project for the poor, what problem would you try to solve in the design?

Brazilian reality has destroyed any possibility of doing good work and the fight is always enormous, from all of the architecture offices, in doing any type of architecture that brings a minimum of dignity to its inhabitants. The public projects in Brazil, until the beginning of the 50s, were incredible and, after the military took over the government, the word “architecture” for the dictators meant “communism” and, until today, we feel this effect with the total isolation of architects from the spheres of urban and architectural decisions.

If you would be asked to make a film of this social housing project, what would it look like? Would it feature your distinct brand of ironic humor?

It would be a mixture of an Italian neo-realistic movie such as Il Tetto by Vittorio de Sica with Playtime by Jacques Tati.

If you would ever get the chance, of which famous house designed by another architect would you like to make a film?

Good question! I have to stop and think…. Das Canoas House by Niemeyer could be very interesting and the Barcelona Pavilion which I love. I also thought of Xanadu, the house of Citizen Kane, in a long take of 60 minutes.